Welcome! This page contains resources to help you sing with us from the pews. Some of the information, below, may seem a bit overwhelming, at first, so let’s begin with some general guidelines that are useful to keep in mind about the music.

You are welcome to sing along with the hymns at Mass. If a hymn is in the hymnal, then usually a hymn number will be on the hymn board for it (at the top or bottom). Otherwise, it might be on a hymn sheet provided near the bulletins. Unfortunately, it is not always possible to provide hymn sheets for hymns that are not in the hymnal.

You are also welcome to sing along with the Kyrie, Gloria, Credo, Sanctus, and Agnus Dei whenever they are sung in plainchant. Often, the particular Mass setting and/or Credo will be indicated with numbers on the hymn board. Sometimes when we sing these chants, different groups might take turns singing, switching at the double barlines.

Sometimes, groups switch off at the double barlines.

These groups might be, for example, the left side of the church and the right side of the church; or the men and the women; or the cantors by themselves and the full choir (with congregation).  In such cases, feel free to sing with the appropriate group.

The most common music for the Kyrie, etc., is provided in the front of the hymnal (the larger blue book in the pews). If you cannot find a particular setting of the Mass or Credo in the hymnal, then you might find it in the Kyriale book (the thinner blue book). 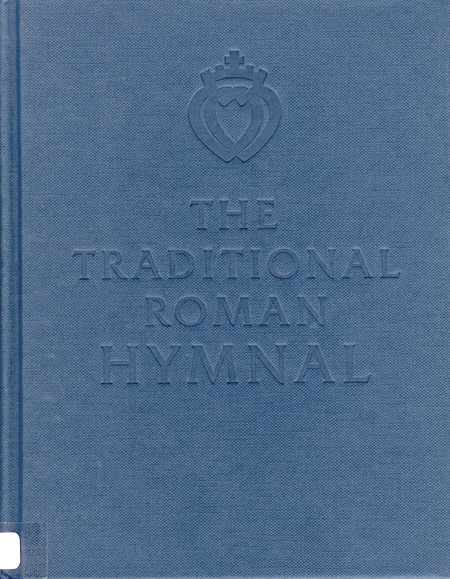 The hymnal contains common settings of the Mass and Credo, as well as many hymns. 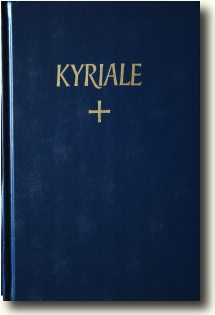 The Kyriale contains more settings of the Asperges, Mass, and Credo than the hymnal.

On another topic, the section at the very beginning of a chant up until the first asterisk * is called the incipit. Almost always, the incipit is sung by cantors (or by the celebrant) alone. Then, if other people are going to sing, they will join in at the asterisk * in the text (or–if there is no asterisk–then after the first section or bar). For example, the celebrant alone sings, “Gloria in excelsis Deo,” at the start of the Gloria and “Credo in unum Deum” at the start of the Credo.

The incipit of a chant is sung by the celebrant alone or by cantors alone.

In chants that contain Psalm verses (marked by Ps. or V. in the text), cantors usually will sing through the verse until the nearest asterisk * in the text, by themselves. This includes, for example, two sections of the Asperges Me: the phrases, “Miserere mei Deus,” and, “Gloria Patri, et Filio, et Spiritui Sancto.”

We hope that you’ve found the general guidelines, above, to be helpful. If you have any questions, feel free to ask a member of the choir!